The organizational structure of RipplAffect

Narcisa Mikov is the Executive Director of RipplAffect, in which role she drives the mission of the organization as well as the overall management of its operations. She was miraculously cured of cancer through prayer. Since her healing, she has found purpose in helping those around the world to access sustainable clean water, thereby saving lives as a way to thank God for His miraculous healing in her life.

Over the years, Narcisa has successfully pursued careers as a business woman and a pedagogue in the arts. Some 19 years ago, she founded the European School of Music and Art in Los Angeles, CA, a school of over 300 students, 15 teachers and staff, and instruction provided in a broad range of musical instruments, as well as painting, drawing, and foreign language.

Three years ago, she sold the school. Herself a piano instructor, she teaches piano at the Miami Valley School of Dayton, Ohio. Narcisa obtained a LTCL degree in piano and music pedagogy from the Trinity College London, England.

Since 2014, Narcisa has also been overseeing a portfolio of rental properties, which is a family business. In her spare time, Narcisa enjoys traveling, gardening, spending time with daughter Nicole and caring for Fluffy, the beloved rascal. 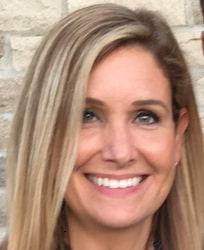 Shelly Perez currently serves on several boards for Kettering Health Network. Her heart for service grew from her upbringing in the medical mission field of Puerto Rico and led her to Loma Linda School of Medicine to train as an OB/GYN. She later left her practice and moved to Kettering, Ohio with her husband to raise her family but her need to serve others continued. She has volunteered extensively at Spring Valley Academy, served in varying capacities at the Kettering Church, and is a co-founder of the Team Dayton Chapter of Days for Girls championing women’s health issues in the third world. In 2016 on a mission trip to the Amazon the importance of clean water became personal as she and her family relied on a Sawyer water filter similar to the one being distributed by RipplAffect. When she is not taxiing her son to and from soccer and basketball activities (her 17 year old daughter insists on driving herself) she can be found gardening, educating herself on natural approaches to health or preparing to teach a junior Sabbath School Class. She is currently working to develop a Christian based sex education curriculum.

Cali Campillo knew she wanted to become a school teacher someday while in the second grade. Since that time, she obtained her teaching degree from Andrews University, and a master’s degree in education from the University of Dayton. She has taught middle school aged children for the past 15 years, and loves the privilege of being able to work with children. The school she was working at in 2018 took a mission trip to visit the Maasai people of Kenya. It was there that Cali witnessed first hand what lack of access to clean drinking water can do to people’s prospects at living a full life with basic human dignity. Cali and Narcisa assembled and distributed 500 Sawyer water filters while in Kenya, and it inspired Cali to team up with her to form the non-profit RipplAffect, based on Narcisa’s hopes and dreams for the company. Cali vows to try and help change mindsets from a view that sees something wrong and says, “It’s not my problem, to one that says, if I see a problem, I will try to help.” 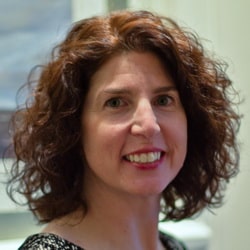 Robin Mann is a retired Certified Public Accountant who worked in public accounting and corporate taxation. She volunteers in a financial capacity for the Good Neighbor House (Treasurer) where she has been a volunteer since 2004 and the Kettering Seventh-day Adventist Church (Associate Treasurer). She is a Master Gardener Volunteer in Montgomery County and editor of the Miami Valley Hosta Society’s newsletter. Robin graduated from Miami University with a Bachelors Degree in Accountancy. She has been married to Edward Mann since 1993. They live in Kettering Ohio. 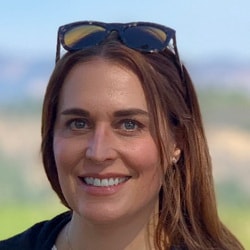 Annie Collins is a native-born Californian who received her BA in Liberal Studies and Spanish from La Sierra University in Riverside, CA. She married her high school sweetheart after college, and this past July, they celebrated their 23rd wedding anniversary. Annie moved with her husband and kids to Ohio in 2005 after her husband took a job at Kettering Hospital. One of Annie’s biggest accomplishments has been raising her twin daughters who left for College this year. Helping others has always been a priority for Annie. Whether is it was volunteering at her daughters’ school and church, helping a friend in need or serving on a mission trip. Three years ago, Annie co-founded Team Dayton OH through Days for Girls International and is still active today sewing feminine hygiene kits for girls in the developing world. This year she began working full time as a job coach for Project SEARCH which helps special needs young adults gain employment in the community. In her spare time, Annie likes to cook, arrange flowers, garden, and spend time with her family. 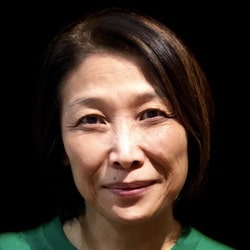 Joyce Hahn has been involved in mission work since her college years at Andrews University in Berrien Springs, Michigan. After graduating from Andrews with her BS degree, she received her medical degree at Loma Linda School of Medicine in California during which time she continued weekend mission trips into Mexico. For many years, she has been volunteering at her church and her children’s school providing health education for all ages. Her involvement with RipplAffect stems from more recent mission trips to Peru (2016) and Kenya (2018) where she learned of the necessity to provide education and methods in obtaining clean water for disease prevention and health. She is happily married to Harvey and has boys and lives in OH.

Novea McIntosh is an Assistant Professor of Diversity in the School of Education and Health Sciences at the University of Dayton. She teaches courses in the areas of diversity and inclusion and assessment with a research focus on culturally responsive pedagogy. She serves as the coordinator of the Adolescence to Adult Program in Teacher Education and co-directs the Urban Teacher Academy at the University of Dayton. Born and raised in Jamaica, she brings a global perspective to service and its impact on all people. She works in preparing the best educators to serve all students in an inclusive classroom setting. She seeks to advance education of underserved and underrepresented children across the world. Her work in education advancing social justice for all students, has spanned the Caribbean, United States and Malawi Africa. 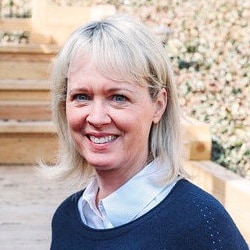 Lifting people who find themselves on the margins of health, safety, and nurture outlines the focus for most in the nursing profession. As a nurse, Julie Sackett has worked in areas ranging from emergency nursing and ICU to mental health and research. This focus of supporting people on the edges and seeking avenues to remove barriers to a full life experience has been her north star. She also understands how difficult it is to make a dent in this challenge. So, when Narcisa asked her to join the effort to make clean water more available to those who find themselves without access to this fundamental and vital human need she enthusiastically agreed to join. 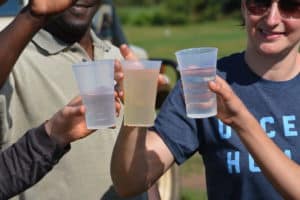